11/25/2016   Homeopath, book publisher and notable homeopathy supporter through social media needs your help. Please contribute what you can

11/15/2016   The global market for homeopathy products "has skyrocketed in the past few years with sales of amounting to billions of dollars in key regions such as Europe, North America, Asia Pacific, and Middle East and Africa. Aversion to allopathic medicines, a constant rise in demand for convenient dosages of a variety of medicines, and an increase in consumer confidence about alternate treatment methodologies are all significantly fueling the market growth."

There is a continued and sustained growth of homeopathy use due in part to the increased demand for non-toxic, organic and non-GMO alternatives. Genexa® has introduced the first USDA certified organic non-GMO medicines.

May 15, 2016 The source of this copied and pasted article below is HERE 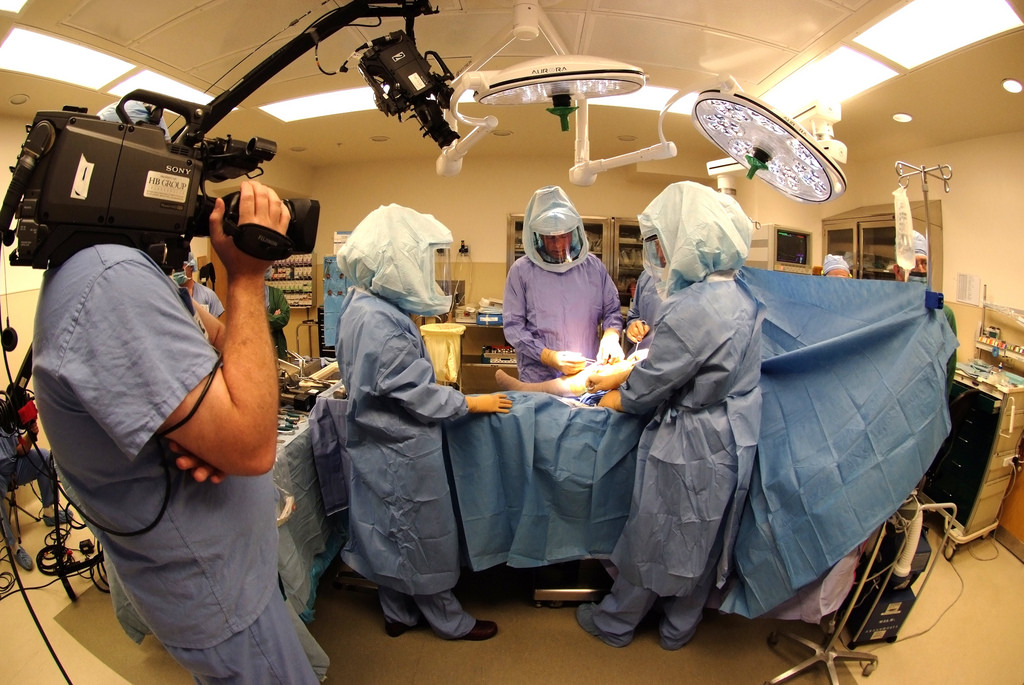 What if homeopathy, utilized during surgical procedures, could reduce pain and discomfort and lead to less swelling, quicker rehabilitation, shorter hospital stays, less need for narcotics, and
subsequently less nausea and vomiting and urinary retention associated with the use of narcotics??

Dr. Leonard Torok is a talented orthopedic surgeon in Medina, Ohio and is affiliated with multiple hospitals in the area, including Lodi Community Hospital and Medina Hospital. He received his medical degree from The Ohio State University College of Medicine.

He is also a well trained homeopath.

Being the good homeopath he is, Dr. Torok wanted to have the right to use the homeopathic remedy Arnica at Medina Hospital before, during and after surgeries. To gain that right, Dr. Torok was required by the hospital to demonstrate that the use of Arnica was safe and that such use improved the standard of care.

So the good doctor set up a drug trial. He taught the staff anesthesiologists how to administer Arnica during knee replacement surgery and the nurses how to administer the medicine post-operatively during the blood reinfusion process. To objectively gauge Arnica’s effect, he measured the volume of blood filtered and reinfused following a primary total knee replacement, using that measure as his
dependent variable.

Dr. Torok reports that the hospital statistician stopped the experiment after just 17 patients because statistically significant differences, and an improvement in the standard of care, had already been clearly demonstrated.

Dr. Torok successfully treated his patients using his Arnica protocol for the next 10 years. He recently retired as a surgeon though he still practices homeopathy. Sadly, his research on Arnica was never published…

If you are facing a surgery, remember to talk to your physician about using Arnica to help with your recovery.

Dr. Lisa Samet N.D. provides Washington Homeopathic Products with a weekly column on using homeopathy for the family. She's a naturopathic physician who specializes in homeopathic medicine and she's a partner with Dr. Andre Saine N.D. She is perhaps best known as a guest expert on homeopathy used by Dr. Mehmet Oz M.D. on the popular TV program - the Dr. Oz Show. Dr. Samet graduated from the Southwest College of Naturopathic Medicine in 1998 and has been practicing in Montreal since then. She was born and raised in New York.

Dr. Samet has chosen to focus on homeopathy because in her experience it is the deepest healing modality available in that it does not just soothe or palliate symptoms but can actually stimulate the body to start to heal itself. Dr. Samet sees patients in her Montreal office as well as remotely using Skype. Learn more here: Dr. Lisa Samet

27-April-2016 Lynne McTaggart, author and publisher of the popular UK health care magazine "What Doctors Don't Tell You" urges the UK to stay in the EU for the sake of Homeopathy


17-April-2016     Mark your calendars to view the Antiques Roadshow appraisal of an old Humphrey's homeopathic remedy storage cabinet on April 18th (tomorrow), re-aired on April 25th and May 2nd on your local PBS station. The photo below shows the owner's surprised reaction! 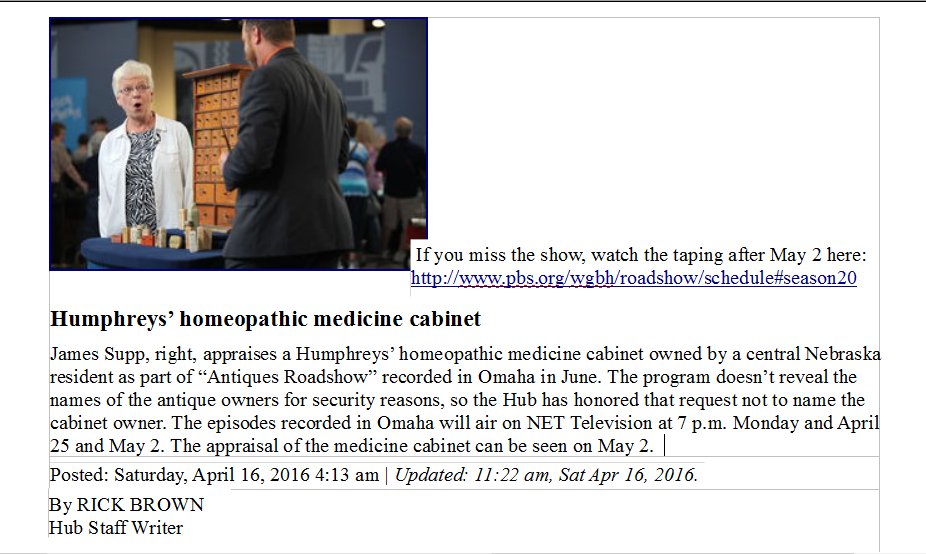 13-April-2016     England's Queen Elizabeth, II will celebrate her 90th birthday on the 21st of this month. Her mother, the "Queen Mum" died in her sleep at the age of 101. The "Queen Mum"'s medical history was not extensive, only noting bone fractures due to falls and routine cataract extraction surgery. Since the mid 1800's, members of the Royal Family have had their own resident medical doctor who is also trained in the practice of homeopathic medicine. The "Royals"' legendary longevity and good health is a strong testimony to the power of this form of medicine. Even the Queen's beloved Corgis are treated with homeopathy. This article by Geoff Baker in the Local People Section of the London Weekly News "What’s the secret to royal long life? It’s homeopathy, naturally" tells you more.

To add to the post above, I grabbed THIS information about the British monarchy's use of homeopathy which was tweeted by John Benneth, a homeopath in Oregon. Thank you John!

04-April-2016     For a limited time, you can request a free copy of the inaugural issue of Homeopathy First Magazine HERE

03-April-2016    India and the United States to partner in research into the value of homeopathy for cancer treatment.

Homeopathy is reliable and safe enough to be used by astronauts on the moon.